Bring life to the story that you worked so hard

Editing creates the spell, by bringing to life the story you have worked tireless on. That editing is merely dropping off what’s not working for you is a myth, it is the next process in scripting and conveys the intended story by tying everything together. It is the ability to know when to increase the tempo, and when to relax a bit, it gives as much as it takes out. Editing creates, carves, speeds and trims, it is like making a signal for the audience to know what you are really trying to say. Editing adds the human touch to your messages and brings down the cold rationale, and can thus alter behavior patterns. Our editing team of in-house experts are dedicated to finding the finer details, and fixing everything to perfection. They get involved from the early pre-production stage so that they know what the client is looking for, and can start their planning and execution even before the actual filming starts. The experts also provide their creative inputs, and direct the filming according to their perspective, especially the movement and framing. After the film gets to the editing stage, they use everything at their disposal, everything from scripting, storyboard, mood film references, audio, and much more, and start chiseling your video. The first stage is the assembly edit, where cutting up, and a good amount of remolding generate the first cut. Then all depends on your reaction, how the film gets a second and a final cut. 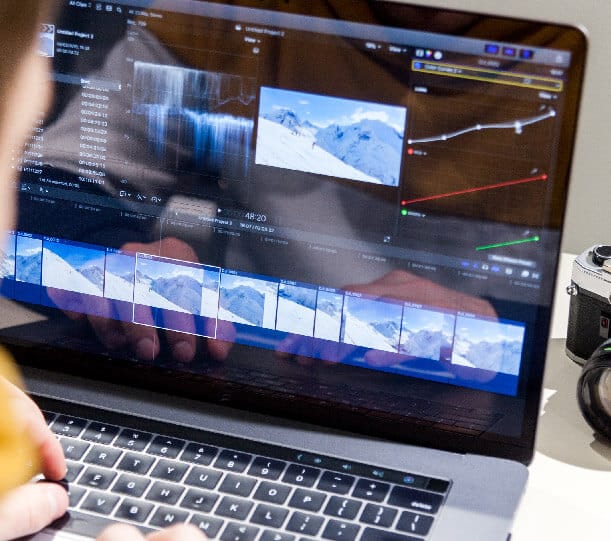 We work with you on specific & achievable video objectives. This makes measuring your success simple and gives the project clear direction.

Good research is vital to any video project. We support your existing data with analysis into your target audience and what they care about.

Together we construct a core message to drive action towards your goals that’s in line with your brand and engaging for your audience.

Using a blend of imagination and insight, we develop a creative concept for your video. Once the idea is fleshed out we build the narrative.

Next we write a video script that incorporates your message and story. We also help you visualize the finished piece through a storyboard.

The production team handles filming. After that comes editing and animation work, where your story and creative idea are brought to life.

Once you’re completely happy, it’s time to distribute your video content. And we report on its success based on your original objectives.

As a top marketing agency, we create messages that help you meet the needs of your target audience. If you need more information with regards to our services, give us a call or email us or submit an enquiry to us. One of our team members will get in touch with you at the earliest and clarify all your queries.

Call us to get started

Mail us to get started

Enquire Now
The Key to Success

We would like to express our appreciation for the SEO services rendered to us. We ...

We’re quite satisfied with Infinix’s involvement in our SEO process. You’ve been able to deliver...